As a member of the theater arts, I take pride in the craft’s claim to explore discriminatory social myths and strip them down, both by inclusivity in practice and revelation on stage. Yet the theater through bad practice has created its own collection of disenfranchised groups. One of the most recent groups seeking adjustment to exclusionary theater practices is theater practitioners with children, particularly the theater artist/mother. By disenfranchising this diverse group of willing collaborators, the theater dangerously cuts itself off from some of its greatest artists. Preserving the theater’s identity and rich reserves of artists depends on generating awareness of bad theater practice that leads to exclusion. If the theater does not create solutions to bad practice, it will devolve into a dimensionless, commercial space at a loss for life and creativity – and its patrons will fade with it. This article identifies some of the discriminatory restrictions created by the theater that prevent some of its greatest artists from working at highest capacity. (Living wage and childcare expenses, the major inhibiting factor, were covered in Part 1.)

Pre-Emptive Discrimination:
Deciding For a Mother in the Theater When She Is Ready to Work – or Not
I recorded earlier my own encounter with being discounted for consideration by someone behind the table because they doubted my readiness – even though I was certain of it. Essentially, before considering a woman for a role or position, a hiring entity will discount or scratch her off the list of possible contributors citing the reason “she just had a baby” or “she has a kid(s).” One mother/theater artist called it, “being left off the list.” This exclusionary perspective results in dire personal, social, and professional consequences. First, discrediting a mother without her consideration removes that mother’s autonomous agency in her own professional and artistic decision making. Second, it then immediately and arbitrarily reduces her professional status and relevance among her colleagues. Third, not only can no other person assess accurately a mother/artist’s readiness but herself, but also a hiring body’s exclusionary behavior potentially results in an artist’s loss of work. Hiring entities cannot declare themselves the authority of a mother’s body, mind, and artistic capacity because the timing of readiness is unique to each individual artist. Theater companies should work consciously to abolish thought, language, and action that decides a mother’s readiness without the mother herself as the primary reference point. Only the mother knows when she is ready to work again, what she’s capable of contributing professionally, and at what point in her career. Be thoughtful. Listen to your meetings. Ask “have we considered her?” and then DO. An artist’s right to say no is as precious as his or her right to say yes, and mother-artists deserve that right.

Judge a mother who is an artist on her work, determine she fits the vision based on professional contribution, but do not tell her whether or not she is ready. Elimination from consideration based on procreation is discrimination.

Exclusion from the Theater Space:
Making All Living Arrangements and Rehearsal Property Off-Limits to Minors
An award-winning playwright with her masters from a prestigious university wrote about an arbitrary restriction placed on housing during a playwriting appointment with a Manhattan theater: absolutely no individuals under the age of 12 allowed in housing. Upon receiving this news, the playwright’s agent responded that the writer had just given birth and was a breastfeeding mother, so the theater would have to adjust that rule immediately. Instead of a positive response, the theater reacted with resistance and created a long and arduous negotiation process – all because their housing was strangely off-limits for occupying by anyone under 12. This rule and negative response came as a surprise to the playwright. She had recently finished a workshop with a large theater in California that allowed her parents to bring her newborn not only into housing but into the rehearsal room itself every couple of hours to nurse. The environment hadn’t been disrupted in the slightest. Rather, it had generated incredibly successful work. In spite of this collaborative experience, once the negotiations heated up in New York due to the theater’s resistance, so did the playwright’s resolve weaken on whether or not this was an opportunity she could take.

Another artist wrote in that she had been offered a job by a director she admired. The director was extremely supportive of her work and even made childcare arrangements for her. Once everything was in place, however, they learned that the theater does not allow artists to bring their children. The actor was unable to take the job.

These artists were stranded by an arbitrary ultimatum demanded by theaters who refused to accommodate – not due to the difficulty of parenting or the artist lifestyle, but due to the theaters own limitation and unwillingness to adjust. Too often mothers who have already put in the incredible logistical work and resigned to financial sacrifice will be denied by a company that has not put in its own work to make adjusting to family-conscious employment possible. The parent will then begin to bear the weight of responsibility for the impossibility of work, which can lead to distancing and even resignation away from the craft and profession. In the case where theater companies create arbitrary restrictions on living and professional space, they are creating discriminatory obstacles against the survival of the theater artist/mother. In other words, in spite of the perpetuated myth saying otherwise:

A mother and her family are not the obstacle – the artists refusing to collaborate with them are.

Inaccessible Schedules and Disregard of Set Time Boundaries:
Family-Exclusionary Events on the Social and Professional Level
Many theater artists/mothers brought up the problem of scheduling, first in terms of not respecting rehearsal cut-off time. When a design meeting or rehearsal or production notes are scheduled to end at 5:30PM, often the conversation will carry over, and those who stay are seen as dedicated, creative, and most likely will be better connected about the process the following day. However, many parents who stay for a partial time or have to leave on time may be seen as absent, behind on work, and may even feel they themselves are out of synch with their collaborative team by the very next day. A parent responsible for taking care of children at the end of the day is then forced either to care for their children or to stay and prove their dedication and make sure they don’t miss out on important discussions that should be had within scheduled time. This topic has become relevant enough for ivy league universities to begin addressing exclusionary practices in their own scheduling and expectations.

As one mother wrote: “Called until 5 on a gig yesterday. Everyone else decided loosely to stay and look at a couple of things until 5:30. I stick around until the last possible second that I can, but I miss the final chat of the day because I simply cannot stay past 5:20. Because, babysitter. And I had planned for 10-15 minutes of chat after the call ended, but no more. And I’m a stage manager, so missing final chat feels really, really irresponsible. And now I’m worried about how this comes off. UGH. The constant, you’re called at x to end at y but x means 30 minutes early and y means an hour later makes me nuts. Just call it what it is. Oh and if you ask, ‘Will it be useful to stay a little later?’ ‘No no no! You’ll be out at 5. 5:05 at the latest.'” The response to this submission was a collection of multiple, resounding “Yes!”s from numerous theater artist/mothers. Theater companies and practitioners must remedy this detrimental lack of awareness in the room of disrespecting scheduling boundaries.

In addition, all theater artists know that the social arena provides invaluable soft networking and – at times – conversation that moves work forward the next day. For parents coordinating their schedules according to the needs of both their family and professional team, being unable to attend extra-curricular conversation can inhibit the parents’ collaboration and social status in terms of professional expansion. One artist wrote, “There was a night during my first year of parenthood when I rushed home because our nanny had to leave, and I sat in my kitchen with a screaming baby scrolling through Facebook and saw the director and all the collaborators for my next show as dramaturge (including my partner and kid’s dad) posting from a bar all the concept work they were drawing up on cocktail napkins. The production meeting the next day became useless for them, and I never caught up with the rest of them to be a full collaborator on that show.” For artists with families, making the reality of late-night, post-rehearsal drinks becomes impossible. Most socializing for theater practitioners begins at 11:00 PM, a hard line to cross for a parent who needs to relieve a sitter or simply get in a few hours before their life’s responsibilities start in the early hours next morning. Once again, the willingness of a team to move on without one of their members comes from a disregard of boundaries and lifestyle. The parent-artist who bears the consequences of this exclusion also feels pressure to bear responsibility for it – either self-induced or from inconsiderate collaborators. When the artist-parent puts in the time, effort, and respect toward the schedule of the meeting, the meeting, in turn, should respect the schedule of the artist.

Collaborators must become aware of their fellow theater artists’ boundaries and creatively problem solve to find the inclusivity guaranteed to improve a cohesive work environment.

Solutions and Possibilities
In Part 3 coming up, I list theater companies and family-conscious theatre practices that revolutionized the theaters’ ability to collaborate with family artists and the family artists’ ability to create. In other words, companies who prove that the accommodation of theater artist/mothers and parents is possible. The issues presented here in Part 2 of pre-emptive discrimination, exclusion of families from the theater space, and inaccessible social and professional scheduling can be solved by generating an awareness of bad practice. It starts with consciousness. As the provost of Brown University puts it, “Family-friendly scheduling…means that those engaged in programming should be conscious of the exclusions created by after-hours events and should take proactive steps…” As for pro-active steps, the theater environment as a whole will improve when it shows a willingness to collaborate in a way that creates pathways for all artists in the room. One theater manager identified this willingness to collaborate as “creating a culture of ‘yes.'” In the theater arts, a craft that prides itself on progressive and inclusive practice, ignorant and discriminatory practices such as the ones mentioned above are unacceptable and at the root of many of theater’s blind spots that keep its practitioners forced onto the fringe. So who are these companies successfully accommodating artist families and what are they doing to accomplish it?

Want to learn more about how we’re working to change things for parents across the country? Connect with
Parent Artist Advocacy League for the Performing Arts (PAAL)
here in the US. 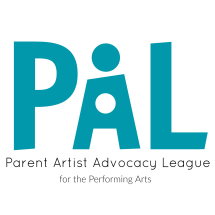 5 thoughts on “An Inconvenient Baby: Motherhood Disrupts the Theatre Environment”